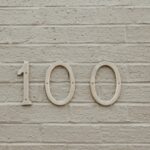 I just recorded Episode 100 on my podcast! Where did the time fly? Wow, I’m impressed with myself for keeping it up this long. But honestly, I have enjoyed recording my stories, thoughts, feelings, advice. As I am writing this blog, it is snowing in Portland, Oregon. This is another moment to celebration, right?

And maybe it is also a moment to acknowledge that what we have is enough. I want to tell you a story my mom used to tell me when I was young. A story about appreciating what we have.

Once there was a king, and he wanted to throw a party to all of his subjects, so he conversed with his advisors (he was a collaborative kind of a king!) to create the best party in the kingdom. Hundreds came to the party from all over kingdom. They drank, ate, danced, they were having the best time all night long. When the king saw how successful the party was, he told his advisors to give each person a gift on the way home. The gift was a sheep for each family (think of it as a gift that can sustain your family for a long time, that’s how generous that king was). Every person in the kingdom was promised a sheep on his way home. In the morning, as the King set on his throne by the window, he saw all of the guests leaving with their own sheep, he was happy. What he did not hear were the words the people said leaving the palace with the sheep.  Here is what they said; “How inconsiderate of the king, he gives us a sheep. but yet he doesn’t give us a leash so we can properly leave with the sheep.” This story stayed with me all these years. Being grateful for everything we have. Everything.

The reason I’m writing and mentioning this story today is that something happened today as I was coaching a young men.

I was in the middle of a coaching session when my 17 year old son entered the room. My husband and I sent him to the market a bit earlier before it began snowing to get things he likes to eat, just in case we were stuck and could not leave the house for a while. He likes bologna, and salami. He followed our advice and went to do this important errand. And now, an hour later, during my session, he comes back. He enters my office, and he puts a hot cup of Dutch Bros coffee, which I love, right next to me.

Guess what I did next? I stopped the coaching session and shared with a young man what just happened, as a learning tool for him, but also acknowledging the gift that I received!

My heart was full with gratitude to what I have, and I realized, once again, that the small gestures people do, in this case my own son, can make our hearts not only full of pride and joy, but also gives us energy to moving on, to continue doing, creating, being.

That is the sense that I believe many parents feel when their children (regardless of their age) do the kind gesture, go the extra miles, show gratitude and appreciation.

And so, when he brought it over, I found it to be a great lesson to impart on the younger man I was coaching. That perhaps he, too, can do similar acts of kindness for his parent.

Let’s admit it, sometimes we don’t show appreciation of what others do for us.

Think of a gift that you were given; how did it make you feel? How did you acknowledge receiving this gift? Now think of a gift that you have given to someone else, and the impact that it had on them. I love the idea of giving. There is no wonder why we called our second son Matan because it means a gift. There are many ways we can gift people things. Sometimes it’s literally a physical gift. Sometimes it is word of affirmation. Sometimes it’s acts of service. Look no further than the book “The five language of love.” What is your love language? How do you express it? What about your loved ones; how do they like receiving love from you?

I want to introduce one more thought. Is there an object in your home right now that you don’t need? Something that someone else would love to have. Yes, I am talking about the idea of passing it forward. My daughter called me the other day, talking about a Facebook marketplace, where people put free things they are done using into a neighborhood group. In this case it had to do with expected mothers. I do remember when I was done being pregnant, I gave all my maternity clothes to someone who just got pregnant. That made me feel so great! Same for baby stuff. When the kids grow, parents don’t need all of what they accumulated, so why not pass it on to somebody else? My daughter was sharing with me how grateful she felt when she found items that were either free, or very inexpensive. Small offerings we can do that take little effort of us, create so much love, energy positivity within other people.

Think about that. When you receive or when you give. Same effect!

I just accomplished a milestone Episode 100. I am celebrating, even though it is snowing outside, and no one can come or go.  I am still bringing out the wine!  And I want to thank YOU! For being a part of my “moments of the heart” journey this far! I hope that I was able to reach and inspire you.

Remember, you are the champion within! The world was created for you. And the way to really find your purpose is to delve into the possibilities of positivity in the life ahead!  Gaining that clarity and that resilience that you so deserve.

If you are going onto my podcast, make sure you subscribe and like and even rate! It will be a HUGE favor to me. Again, small act for you- big appreciation and impact from me!