Home » Reflections » Everything Has A Reason
Reflections 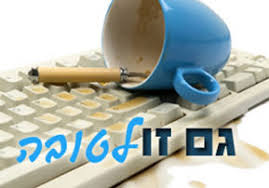 This past weekend I had two instances with people I love calling me to tell me news that could be regarded as maybe not so good. Their program didn’t work out as they planned it, they didn’t get the opportunity they thought they were going to get. Stuff like that.

And then I remembered a story from my Jewish tradition.

The story appears in two different variations in the Talmud. In Tractate Ta’anit 21, 1 There is a story about a man called Nachum who was sent by the Jewish community to the Caesar bearing gifts.  But on his way, when he stopped at an inn to sleep, the owner exchanged the gifts he had in the box with dirt. Yes, dirt! When he arrived to the Caesar, he opened the box and saw dirt. The Caesar was very angry (totally understandable). He thought that the Jews are making fun of him and he wanted to kill them. What did Nachum say? “Gum zoo letovah” “This also is for good.”  The story continues with the sudden appearance of Elijah the prophet, disguising himself. He came to the king and told him that this dirt is very special and if they throw the dirt in the air it becomes swords. So it happened, that the king was facing a war with another country. They decided to test that theory.  Low and behold- the dirt, once thrown in the air, became swords. Caesar won the war and to show his gratitude, he filled the box with gifts to be returned to the Jewish people. A victory on all sides!

The other variation happens with Nachum’s most famous student, none other than Rabbi Akiva. He was on his way to teach in a town and he had a candle, a rooster, a donkey and of course the Torah. When he came to the town and tried to find a place to sleep, he couldn’t. There was not one spot in any hostel in town and no one wanted to host him. So without much choice he slept in the field saying “everything that God does is for good.” That night the wind was blowing very hard and the candle he used for his studies extinguished. Now Rabbi Akiva was in the dark. Then a cat appeared from nowhere and ate his rooster. And if that’s not enough a lion came and ate the donkey. (How sad is that?). And through it all, Rabbi Akiva says “everything that God does is for the good.”
Unbeknownst to him, that night robbers came through town and killed many of the people in town destroying many homes. When Rabbi Akiva heard of it, he was very sad but he also understood. If the candle was lit, he would’ve been found. If his rooster croaked, or his donkey brayed, the robbers would hear it and come after him— “everything the God does is for good.”

I learned from Rabbi Shmuel Riskin that Nachum is in a higher level of belief. He says that whatever happens is good. In the now. That is different than what Rabbi Akiva is saying– that everything that God does is for good. We may not see it now, or understand it now, but it is for good.

One of them is implying that now is good. The other saying it will be good.

I want to add an additional twist. I want to mention our mindset, actions and beliefs when something happens which we perceive as negative. What do we do? Do we crawl back into our hole, put the pillow over our heads, hiding from the world, giving up until we realize that whatever happened was actually to our benefit? Or do we say in a true belief and conviction “gum zoo letovah,” this is also for good.  Not be discouraged and move on with the gusto that we were born with? Food for thoughts, my friends!