Home » Reflections » The Power You Bring With You
Reflections 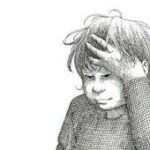 Some days are just like that. You wake up in the morning and you think “it’s another day,” and then it turns out to be not like “another day.” Not for me, anyway. That specific day becomes an actually aggravating day. Are you wondering– WHY? What went wrong?

This past Tuesday I woke up, said my morning blessing (which I cherish), took a shower, got dressed up for a full day of zoom coaching and meetings. But right from the start, I had this nagging feeling of being annoyed. Why? Was it the 10:45pm meeting the night before regarding the new zoom account for my Toastmasters club? And all the glitches I was about the face this Tuesday morning? Did I sleep enough? Did I sleep well? Do I need to eat breakfast?

I tried to shake it off, and even told my husband as I was making my morning coffee that I simply felt annoyed. And Bob said what Bob does- “Shake it off.” Ya- I said to myself- “shake it off, dorice…” Easier said than done, I found out.

During my Toasmasters meeting, I was short tempered with myself, as I had difficulties navigating the new zoom setting. I spoke very little, and when I did talk, I was not doing it with my usual upbeat personality and charm. Even though I was on camera, I must not have smiled much.

I began receiving private chats. “hey you, I can see your thoughts,” “hey Dorice- a penny for your thoughts.” At the end of the meeting, when a few of us stayed on, the Toastmasters of the day said “Dorice, did you feel the low energy of the team…The meeting was not it’s usual high energy, positive filled..why?”

Later on that night, I managed to have a huge argument with my 17 year old son. I was hurt, he felt insulted, and Bob served as the referee.

Do you have these kind of days?

Maybe some of you are familiar with Judith Viorst’s book Alexander and the Terrible, Horrible, No good Very Bad day.

Nothing is going right.

It seems as though I was Alexander. (hence the picture above!)

What took me by surprise is the comment at the end of the Toastmaster’s meeting. I began to reflect if I had anything to do with the overall feeling of the meeting?

A new awareness was sipping into my mind.

I speak about it in my team building and collaboration workshops all the time. I was indeed Alexander. But with the additional unfortunate power to bring others down with me!

In my talks, I share my acronym of T.E.A.M = Together Everyone’s Attributes are Magnified.

What we bring to a team becomes larger and magnified or it becomes smaller and minimized.

We are either lifting people with us or bringing them down with us, depending on the group.

In my case, I managed to bring some down with me. I realized that I am being sabotaged. I had to move into the sage that I know was within me.

I did not realize my power to its fullest potential.

I did my few PQ reps (if you are not sure what I mean, make sure you sign up for the new webinar I am offering on October 28 at 5pm Pacific time- link is below!)

The Hebrew words for awareness and knowledge share the same Hebrew root (…and you thought I would not bring Hebrew to this conversation– how well do you know me?:)..)

Being aware provides us the knowledge to use this power. And use it wisely.

And we all have these powers.

Yes, I could have said- “let someone else pick up the mood. Why is it my responsibility?” I would be partly right.

The other part is for me to do my share. To be responsible for my actions. To own up to it. To lean and respond through my sage perspective, that place within us that is wise and right.

I went to bed that night with a new set of appreciation to how we show up! Attitude does matter. It reflects, and shines its light on the attributes we want to live by. And in the long run- it helps us sink or soar.
Here are a couple of reflections for you this week: